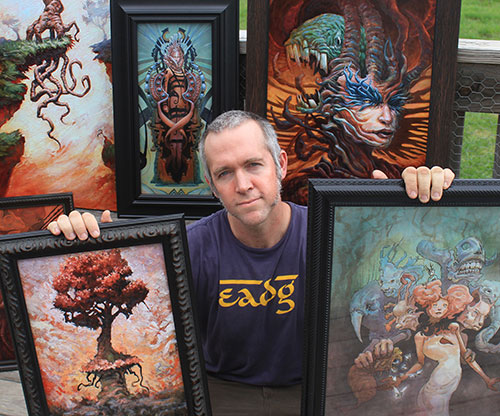 Ethan Patrick Harris has been dreaming of fantastic worlds since he was young. Many of his paintings are of the fantasy genre in nature, with intense, saturated colors and creatures he’s made up in his mind. He’s influenced by organic shapes and prefers to find his own vision out in the world.

He describes his work as being somewhere between fantasy/science fiction and surrealism and he enjoys the freedom of story that it allows.

With both traditional and digital techniques, he conveys what he sees in his mind and hopes the work will lead the viewer to wonder what’s up and what’s next.

He’s been influenced by many artists — from Waterhouse, Beksinski to Moebius and countless others.