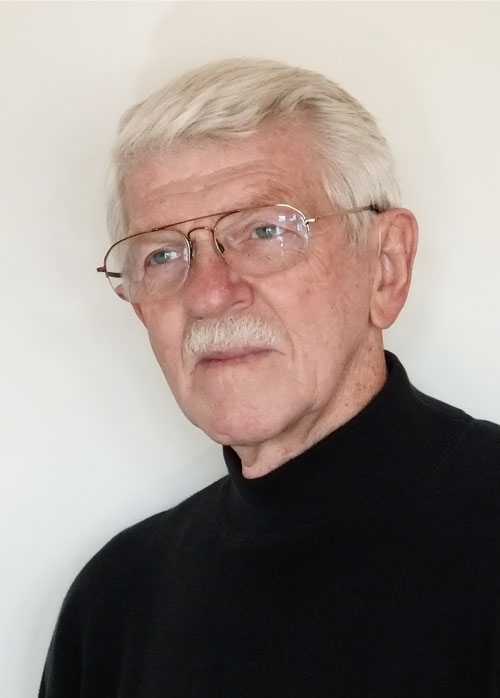 Emerson Wiens was a whittler as a young boy growing up on a Kansas farm, but did not take up serious sculpturing until after retirement when his adult son gave him a set of sculpturing chisels for Christmas. By that time he had already earned a PhD and had taught 35 years in higher education—23 years at Bethel College and another 12 at Illinois State University.

Sculpturing and writing (two published books) became his passions upon retiring back to the Newton area in 2000.

He especially enjoys working with Osage orange (hedge) that, because of its hardness and beautiful grain pattern, can be brought to a rich, satisfying end product. He often refers to his sculptures as “woodpile sculptures” since they began as wood pieces cut for firewood. The sculptures are typically sanded down with 600 grit paper and are given a Tung Oil finish.