Carriage Factory Art Gallery will be closed to the public starting Wednesday, March 18 through April 19. We will continue to share exhibits and art online through social media. For general assistance please contact the gallery at director@carriagefactoryartgallery.com or 316-284-2749.

Please continue to check in for updates.

A fifth generation member of an Oklahoma pioneer family, Burneta grew up on a farm
surrounded by wild prairie critters, “buffalo wallers”, horses and cattle. By the age of
eight, she was painting scenes of the local hills and buttes, in classes she took from local
artist Jack Hayward. Northwestern State College in Alva, Oklahoma, in 1964, began her
long quest for artistic expression. Earning a BSED at the University of Missouri in 1980
was the beginning of her professional career as a teacher. Teaching art to students from
large working ranches in the middle of the Tall Grass Prairie, was a return to her home
state and love of art. 1999 found her teaching among Native American students in the
heart of the Cherokee Nation at Fort Gibson, the oldest town in Oklahoma. Historic reenactments
at the Fort, supplied a wealth of subject matter to paint.

Just prior to her retirement in 2004, Burneta discovered sculpting, when a teacher friend
talked her into taking a sculpture/foundry class at Bacone College in Muskogee.
The foundry experience was challenging and sculpting became a passion. “It was like the
clay was speaking to me and that horse head just wanted to come out of the piece of
clay,” Burneta recalls of her first sculpture piece. “I had a burning desire to learn more.”
By studying the great works of Remington and Russell and taking workshops from
contemporary and western sculptors Garland Weeks, Sandy Scott, Cynthia Rigdon,
Harold T. Holden, and John Coleman at The National Cowboy and Western Heritage
Museum, Burneta honed her skills. Much of Burneta’s work expresses her love for
animals and she recreates their life like qualities, focusing on minute details. Burneta is a
member of the Oklahoma Sculpture Society, Oklahoma Visual Arts Coalition, OKLA,
Oklahoma Lady Artists, WAOW, Signature Women Artist of the West, SAA, Society of
Animal Artists, AWA, Signature American Women Artists, APA, Signature American
Plains Artists and Preserving Arts in the Osage.

A recent honor of placing a Bust of Kiowa Chief Set-T’ainte in the Fort Sill Museum
while working with Betty Washburn, the Great great granddaughter of Chief Satanta,
marks a highlight of her career.

Burneta creates her sculpture at the ranch north of Tahlequah. Burneta and husband Dick
have retired to ranching and raising Simmental cattle. Burneta became a professional
artist in 2009, and realized her childhood dream to be an artist. A native Kansan, Jean studied art a Hutchinson Community College, Kansas City Art Institute and private studios around Kansas City and the US. She studied with Phil Stark, Charles, Sovek, and Al Currier among others. Her medium of choice is oil, but she also works in acrylic and pastel. She worked 34 years for Hallmark Cards, the last 21 years as an Artist Engraver creating emboss and hot foil dies. she took early retirement in January 1998 to pursue a career as a professional artist.

Her interest in animals and horses in particular, was nurtured while growing up on the family farm in central Kansas. At an early age (3) her father would find her on his green broke mare in the pasture. Finally by the time she was seven she had her own horse. She began showing horses while a 4H member and continued after moving to Kansas City in 1963. She raised and showed horses and Appaloosas in particular for 30 years. She still has an Appaloosa mare that is a descendant of the original mare that she brought to Kansas City. This interest in animals in evident in her artwork as it is the focus of most paintings.

Major awards and exhibitions include Arts for the Parks, Jackson, WHY (4 times), the AAEA (Museum Director’s Award 2-times) and a finalist in the Artist’s Magazine Annual Competition (over 13,000 entries). She has won numerous awards in juried competitions and in miniature shows all of the US and Canada including many Best of Shows. She has twice won the Grand Award at the Kansas State Fair. She has been a frequent exhibitor in the Art at the cCenter show in Overland Park. In 2011 she won 1st place oil in the Stems Plein Aire competition on Overland Park, KS and has won the plein aire at the Kansas State Fair three years straight.

Jean teaches oil and acrylic classes for Kansas City Young Audiences and in her own studio classes in Overland Park and at her home west of Hillsdale Lake area. She is available for workshops and commissions. 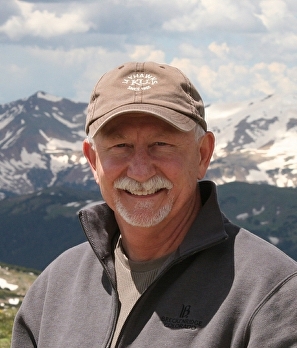 “I have always had a fascination with detail, from the unique characteristics of an old man’s weathered face to the reflective images within the eye of a horse. All are equally intriguing and when combined with strong light and good color value can pull in the viewer.” — Don Dane

Don’s career as a full time artist began in 2002 after 26 years working his way from a corporate design draftsman to a telephone engineer. Don is an award winning artist whose work has been shown around the country in many western art shows. Favoring a realistic style of painting, he has become well known for his portrayal of the American West, both past and present. His primary medium is watercolor but he enjoys working in pencil and oil.

His artwork has been featured in Western Art Collector, Southwest Art, Western Horseman, Horses in Art, Art of the West and American Cowboy. It has also appeared on over two dozen different western, rodeo and cowboy music/poetry festival posters across the country.

Don’s awards include first and third place for watercolor soluble at the 2015 Windows to the West art show in Estes Park, CO. Southwest Art magazine’s Publisher’s Award of Excellence at the 2010 American Plains art show. In addition to many other awards received over the many years of doing art shows.

In 2011 Don was commissioned by the Kansas State Lotto Commission to paint an original painting to be featured on the state lotto ticket as part of the Kansas 150 year anniversary of statehood.

He currently works from his home studio in Olathe, Kansas.

Patsy E. Lane (Pat) was born in Konawa, OK, in what is known as the river bend where she and her family still ranch.

Stories unfold as a love of the outdoors and its inhabitants has always been a part of her and is reflected in her sculptures. You will see ordinary creatures doing things they do naturally. The baby calf that catches another mom relaxed and sneaks in an steals a bit of supper, the cowboy’s horse that knows his way home and will get you there in daylight or dark. The buffalo cow and her calf that have found their way into a prairie dog town, with warnings going both ways, from her bluffing them to the “Town Crier” letting all know there is an intruder in town.

“To see the forms take shape and the response to these creatures that have evolved in bronze, feeds my soul.”

Pat has been fortunate to study with some of the elite of the art world. Cowboy artists Mehl Lawson, Grant Speed, past NWAW artist John Free, who build the foundry that casts her work today. Added to that is John Coleman, Tim Shinabarger and Garland Weeks and you great mentors and teachers. Throw into that mix, a painting workshop with Andy Thomas and you have a wonderful and varied list of instructors. She has been featured on the OETA (PBS) show, “Gallery” and participates in shows both locally and nationally. The Mountain Oyster Club, of Tucson, OPOMAC exhibit in Graham, TX., the Red River Museum International Juried Exhibition, Salmagundi Gallery of NYC., APA in various locations, Icons of the West of Montana and “The Party” at the Museum of Western Art of Kerrville, TX.

Her bronzes have collectors in many states and a proud moment when the Donald W. Reynolds Foundation purchased multiple works for the permanent exhibit at the Choctaw County Library of Hugo, OK. Work is available through the Adelante! Gallery of Ashland, OR., Our Favorite Place in Eufaula, OK., Martin’s Jewelry of Ada, OK., and can be seen and purchased through the Oklahoma Lady Artists website. “I have been an artist-at-heart for as long as I can remember.”

Art is a passion for me and an inner drive that must be fulfilled. Art is many things to many people. It may ignite a memory, give hope to a dream or simply provide visual pleasure.
For me, time spent creating is a time to think—to realize new agendas and revisit the past. Through sculpting, I attempt to capture a moment of human expression. This process reassures me that life is indeed good!

Whether making representational sculpture or decorative hand-built ceramics, I enjoy the materials and the process of bringing a piece of art to life—using design and texture to produce an object that may rekindle an awareness, affirm an understanding or clearly make the world a more pleasant place in which to live! I am a Fine Art Photographer who specializes in photographing The American West. My images are limited editions, printed on high quality archival materials. My art has won numerous awards and is included in private and corporate collections.

I have always had a camera in my hand – Kodak Instamatic or Polaroid to start with – snapping away on family vacations and gatherings. I came late in life to the world of Fine Art Photography, but I have embraced it with a passion. Mostly self-taught, my inspiration comes from my Texas roots, the places I travel to and the people I meet along the way.

I use my digital darkroom to elevate my photographs with painterly qualities. I want to guide the viewer of my images toward the “story”, the one I found hidden away waiting to come to life. Adding depth and dimension with light and shadows draws the viewer into the image.

Bob Willis has been a sculptor since 1994. His favorite subjects are rugged cowboys, Native Americans, and Civil War soldiers. Bob has bronze sculptures in colleges, hospitals, and a Veterans Memorial. He provides sculpting workshops, private lessons, and sculpting demonstrations. Bob is also a certified grief counselor, an author, and often blends his passion for sculpting into his grief presentations. He and his wife, Lynn, are residents of Edmond, Oklahoma.